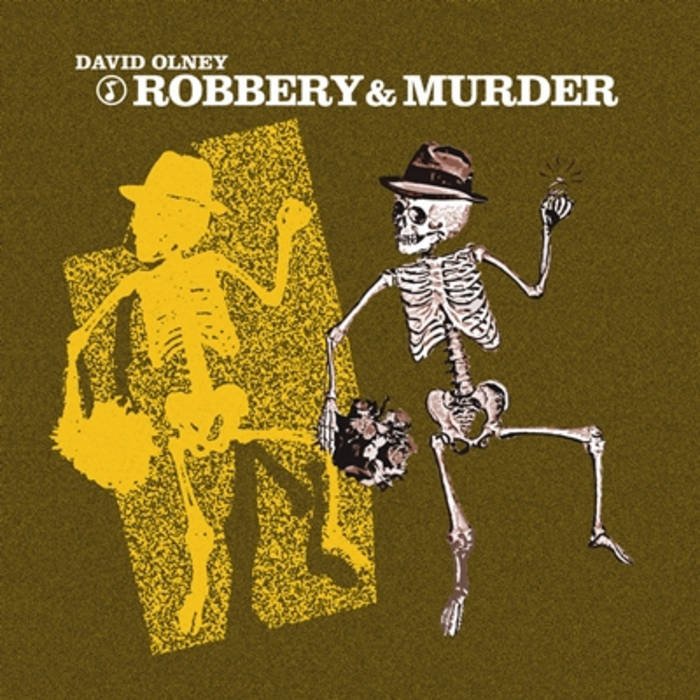 "Robbery & Murder" is the third installment of David Olney's thematic mini-album series launched in 2011 on Deadbeet Records. Each EP – "Robbery & Murder", "Film Noir" and "The Stone" – includes contemporary reinterpretations of some of David's well-known, signature catalog tunes and several new songs to tell these themed stories.

Album Notes:
----------------
DAVID OLNEY – ROBBERY & MURDER
Two Love Stories – The story of Betty and Dupree is told from three different angles coming to three different conclusions. But the core of the tale is the diamond ring. It is the key to the romantic negotiating between the two lovers. No ring, no love. The second tale is one of love and treachery, abandonment and murder. We get the story first from Delia’s lover. Next we hear from her husband, and finally, from Delia’s ghost. The course of true love never runs smooth.